Colorradio.com - Debra/Dick Plotkin
Must Have Javascript on
For The Slideshow To Work 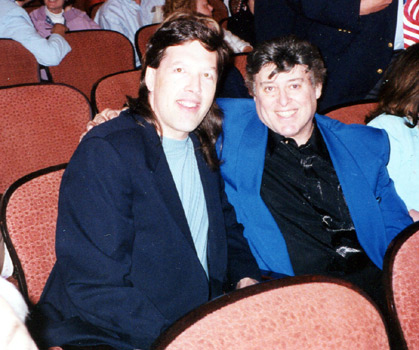 I am on the left, and am sitting with Dick Plotkin in Pittsburgh for the Red, White and Rock show, aired on PBS in 2002.The taping was done in April/May of 2002. Dick originally owned a record label called Debra records, and had several groups in the early 1960's he recorded. Groups like the Precisions, Gales, Magics, and the Palisades had a local audience in Scranton, PA, and all the records I have heard sound great. Dick has reactivated his label and issued two Aquatones CD's. He has also issued all the original material of his groups on a new CD. Find out more at his website. He is always looking for talent to record. Below, Left, is a photo of the Magics, and below right, is a much newer photo of the group. 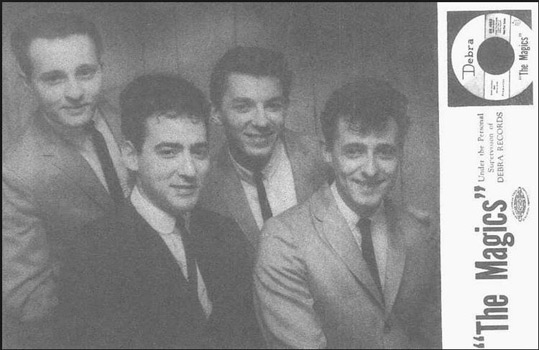 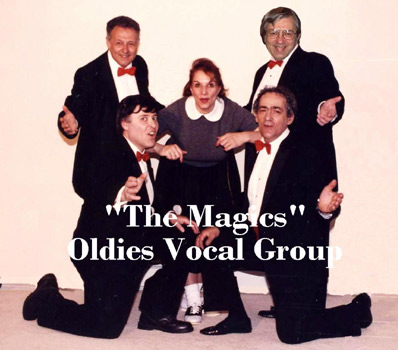 The Precisions first record, "Stop Leading Me On", from 1962 on the second Debra release. The flip, "Sweet Dreams", balances out a great two sider from the Precisions. Not only is this a promo, but it clearly marks the side to be played.

Here is the colorful stock copy. The record definitely hit the local charts.

A fantastic girl group called the Gales. "Around The Clock With You" is a wonderful uptempo song, and has been featured on at least one LP called "Angels Of The Night." The flip is "Tommy" written by Gales member Paulette Costa.

This is the first release of the song called "Chapel Bells." It is by the Palisades, but the bad news is that the name was already taken, back in 1963 when this was issued. The even worse news was that they pressed up some of these and sent them out before they knew the name was unavailable. From here, they took the remaining stock and pasted new labels with the new group name, the Magics, over the top of the Palisades label. The two I have seen so far were both DJ "promotional labels." I'm sure the intent was to get them to the radio stations quickly, with the new name. The flip is "She Can't Stop Dancing."